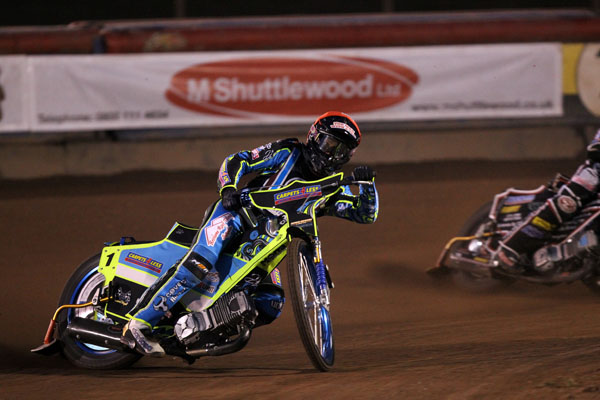 Hammers team boss Will Pottinger admitted it was a “great effort” to make the Championship Fours final.

Without Kyle Newman it ended up being a tough final and the Hammers ended up in fourth place behind champions Peterborough, Edinburgh and Glasgow.

Nick Morris was outstanding all afternoon, dropping just one point in the qualifying run-off for the final but there just wasn’t enough consistent backing.

Pottinger said: “It’s hard to come into an event like this without your strongest side. I know some other teams were missing riders as well.

“But in the end Peterborough won it with a full strength team and that perhaps made all the difference.

“I’m proud of all the boys, they all had a good go but we just lacked an extra bit of power in the middle order.But it was a great effort.

“Nick was brilliant all day dropping only a point. To be honest he kept us in the hunt all afternoon and got the vital place in the run-off to make the final.

“Adam Ellis and Richard Lawson both gave it their all as did Alfie Bowtell and it has been great experience for him.

“Now we just put this behind us and concentrate on the next league matches at Glasgow and then home to the Tigers on Saturday. They are massive matches for us.”