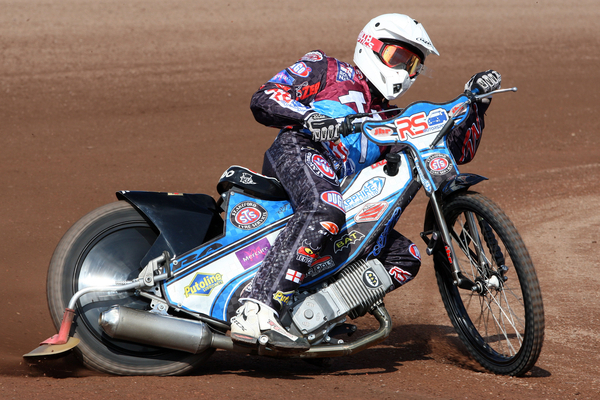 Early season pace setters, the Lakeside Hammers travel to Manchester for their second away meeting of the season this evening when they take on the Belle Vue Aces.

After a convincing win against the Aces in the first home meeting of the season, followed by home and away wins against The Eastbourne Eagles, The Hammers will be looking to cement their position at the top of the Sky Sports Elite League table.  Ahead of the fixture against the Aces, the Hammers team manager Neil Vatcher commented

“We’ve made a great start to the season so far, and one of the highlights for me was the way we dominated the early heats at Arlington against Eastbourne. The whole team showed a determination to take the meeting to the Eagles and although it will be a tough fixture at Kirkmanshulme Lane, I hope that we can carry on that approach against the Aces”

Tonight’s meeting will see the first start in Hammers colours this season for fans favourite Stuart Robson, whilst at reserve doubling up rider Richie Worrall, who has shown fine form for his Premier League team the Newcastle Diamonds this season, will make his offical Hammers debut.