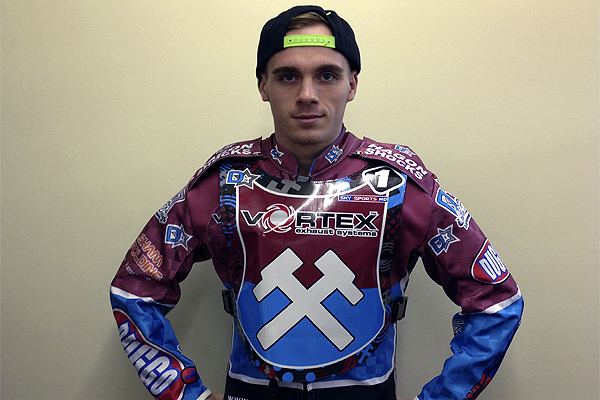 The Lakeside Hammers Speedway team are delighted to welcome Vortex Performance Exhausts to the Club as new Team Sponsor for the 2013 & 2014 seasons.

The tie up is the first in Speedway for the Grays based company who have a network of franchised dealers throughout the UK and who specialise in manufacturing an exhaust system that improves engine efficiency and performance.

Barry Mead, Managing Director of Vortex, said: “We are very excited to be working with the Vortex Lakeside Hammers, and sponsoring the 2013 & 2014 seasons. We have proven track record in sponsoring successful teams and competitions within the world of motorsport. The Hammers had a very successful season last year, and we strongly believe that they will have even greater success this year.”

The Lakeside Hammers Co Promoter Jon Cook commented: “This is a massive boost to the Club’s preparations for the year ahead, representing the most significant sponsorship package of our time with the Hammers and being over at least two seasons is a great show of faith in the team and Sport. We are aiming to make this another season to remember and we hope The Vortex Lakeside Hammers will be making all the headlines in the Elite League in the months ahead.”

The Essex club, who race at the Arena Essex Raceway, start their Sky Sports Elite League season on Good Friday with a 1pm start against the Eastbourne Eagles but will take to the track for the first time the week before on Friday 22nd March with a warm up match with the Peterborough Panthers when their new look, the now traditional claret and blue race suits, combined with a return of a striking body colour design will be worn by the Hammers riders.