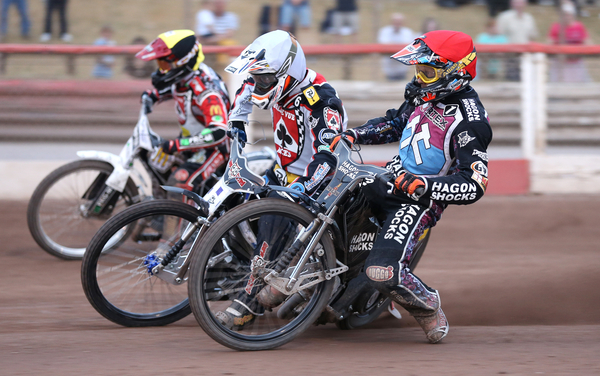 The Vortex Lakeside Hammers return to track action tonight (Monday 10th August) when they travel to Manchester to take on the Belle Vue Aces.

The Hammers remain without injured star Kim Nilsson, who is hoping to be back for the Hammers final home meeting of the season against the Poole Pirates on the 21st of August.  Poole rider Dakota North comes into the Hammers team as his replacement against the Aces.  Richard Hall, who deliver paid 9 when guesting for the Hammers in their away victory at Leicester, again rides at reserve in place of the injured Ashley Birks

Monday evening update: Edward Kennett forced to withdraw from tonights meeting due to an injury picked up over the weekend riding for Rye House