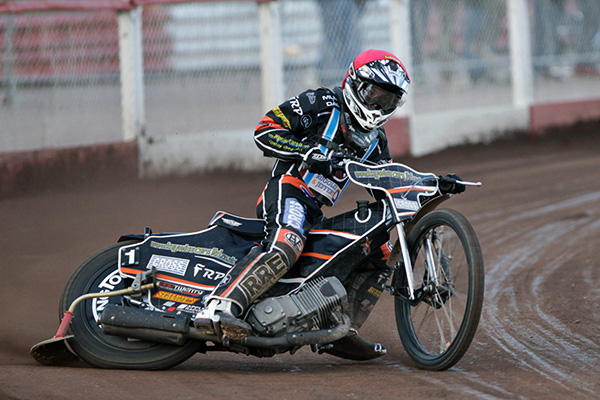 Lakeside Hammers Number 1 Zach Wajtknecht says his side can’t take anything for granted ahead of Saturday’s home clash against Plymouth at the Arena-Essex Raceway (7.30).

Plymouth currently sit in 10th place in the Travel Plus National League – but secured their first three points against Stoke last weekend.

The visitors have been boosted by the recent signing of former top flight star Adam Roynon and are hopeful Steve Boxall will be fit to take his place at No.1 after receiving daily treatment on a back injury sustained last week.

For the Hammers though, Wajtknecht is aiming to continue his stunning run of form with another double figure contribution – but says he personally could be in for one of his tougher nights of the season.

“They’ve got some top heat-leaders in their side,” said Wajtknecht. “Adam coming in has made them a lot stronger and he’s won a lot of his races for them already.

I know Steve has been struggling but if he rides, he’s also been getting some big scores this season so he’ll be another one to watch.

They’ve got a few other capable riders too so we know we still need to be at our best.

My confidence is pretty high right now though and it would be another great night for me if I could get double figures again.

I can’t really ask for much more with my scores for Lakeside and these are the sorts of scores I want to be getting right through until the end of the season – but I know I’m going to have to carry on working hard.”