Methanol in the air! 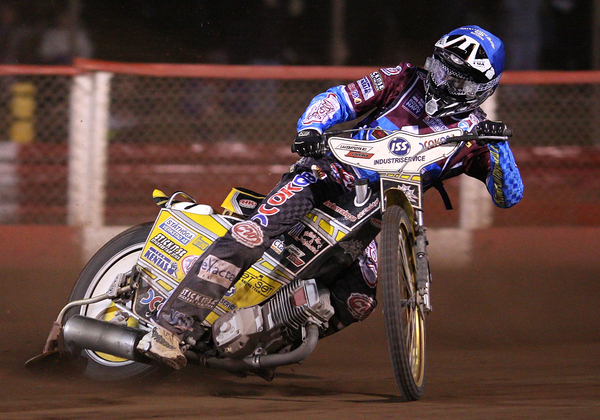 Lakeside Hammers’ boss, Stuart Douglas, says the ‘methanol is in the air’ as the team count down the days to the start of a much anticipated 2012 Elite League season.

The new line up is due to be introduced to the fans at a special Open Evening on Friday, 23rd March, with the action kicking off in serious fashion with the opening league fixture one week later against Belle Vue.

“You can really feel that a new season is just around the corner,” said Douglas. “There is really positive excitement amongst Jon Cook, Neil Vatcher and the lads, and this is spreading through the fans. You can almost smell the methanol in the air”.

The Open Evening promises something different to the regular season opener, with fans invited to participate in unprecedented access on the night, including a fans’ photo call with the team for their own, personal team photo, and the opportunity to watch speedway from the Arena centre green.

“The last two season’s challenge matches didn’t really field the entertainment we had hoped with under strength opposition on the night, so this year we thought this team is so exciting, and all really decent, approachable guys, that the fans would really appreciate an up close and personal view of the set up.

Anyone who has ever had the privilege of seeing speedway from the centre green will know just how spectacular that is. This will be the first time for many who have watched speedway for decades that they can witness this fantastic viewpoint”.

Douglas is also full of anticipation for the season ahead. “When we announced the team I felt it was one of the strongest we have fielded during my ownership. We all know that speedway can throw up many surprises and obstacles through the months ahead, but Jon and I are really buzzing with the prospect of the capability of this team. Bringing Davey and PK in to spearhead alongside Lee, the strength that Robbo and Kake can give in the middle, and the youth and potential of Kim, Robert, Richie and Justin is really exciting. To a man, this team cannot wait to get going”.