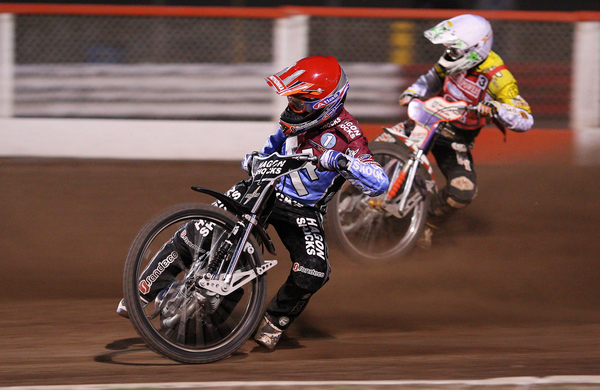 The Lakeside Vortex Hammers season opener, the Rico Spring Classic, in memory of the late Lee Richardson, is now little more than a month away and the format for the evening has been revealed.

Rather than an individual event the meeting will now see the 2015 Vortex Hammers taking on a specially selected Lee’s All Stars lineup headed by the 2014 Hammers Captain Davey Watt and regular Hammers guests Rory Schlein and Scott Nicholls.

The event will begin at 7pm with a National League Pairs mini meeting in which Marc Owen and Jack Kingston will represent the Hammers. Fans who book their tickets online will be able to watch part of this meeting from the Centre Green, a position normally only open to officials and VIP sponsors.

The Main meeting will start at 8pm with the Hagon Shocks kids taking to the track before Heats 1, 6 and 11, and pits viewing will be open all night for fans to get a behind the scenes look at the off track action. Heat 15 of the main meeting will see the winner take home the Rico Trophy.

The Vortex Hammers Co Promoter Jon Cook commented: “We’re finalizing the full lineup over the next fortnight and after consulting Emma Richardson we are pleased she was in favor of putting two teams together on a weekend when the Sport is overflowing with Individual events.

This is now an important part of the team’s preparations for the season and I know that Neil Vatcher is looking forward to going head to head with his old mate Phil Morris, who will be managing the All Stars. It’s also great to be able to open up the Centre Green and pits for the night as it’s been a feature of our practices in the past and this takes it to the next level”