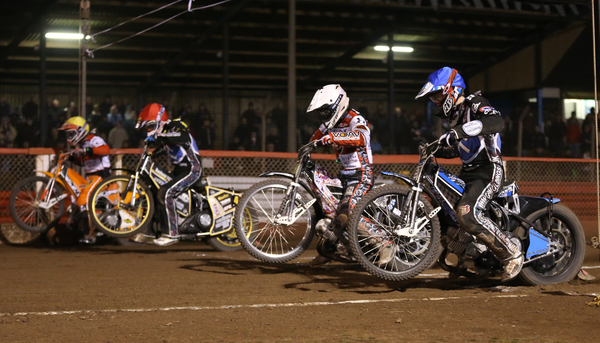 The Vortex Hammers eagerly awaited Saturday night clash with Coventry will now start with the first race at 7.45pm preceded by the Parade of riders.

The change has come after talks with the Highways Agency via the Raceway landlords.

The Hammers Co Promoter Jon Cook explained: “The Highways Agency are suspending works on the Dartford Bridge until 10.30pm on Saturday as our meeting, as per our Friday matches, are regarded as major sporting events likely to increase congestion.

On a Friday this is normally 11pm so we felt that we would bring forward our time slightly to allow wriggle room in case of unforeseen problems to allow the many hundreds of Kent based fans a more relaxed and quicker journey home.”