So near but so far for the Hammers 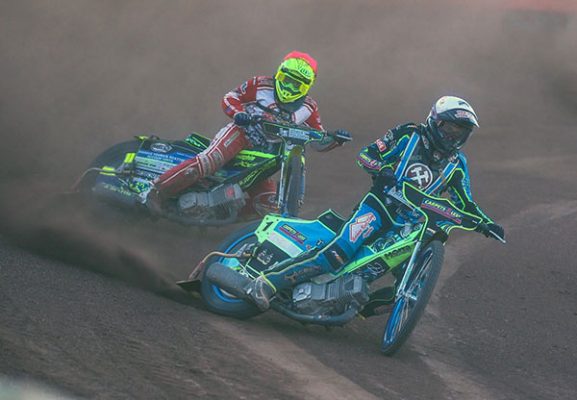 Hammers boss Will Pottinger admitted that his side were “so near but so far” from grabbing a result at Glasgow.

The Essex side went down 51-38 at Ashfield tonight despite a sensational display from the top three.
But ultimately missing Zach Wajtknecht and Kyle Newman only just back from injury left the Hammers too vulnerable.

Pottinger said: “It’s very frustrating to come all this way and get nothing. It’s a tough place to come and they were on form tonight.

“We were so near but so far. We stayed in the meeting but when Adam lost a chain while leading Heat 10 that was a massive blow.

“It meant I had to play my tactical in the next race and instead of being nine down were 13 and that was probably too much to bring back from there.

“It’s Sheffield next at home on Friday the 13th of July and that’s another big clash for the club. We are strong at home but we must keep winning.”

Hammers’ top three of Morris, Ellis and Lawson were in terrific form but back-up was lacking with Newman only just back from injury.

But the heat-leaders kept Hammers in the clash until Heat 14 when a home 5-1 from Sarjeant and guest Ben Barker wrapped it up for the Tigers.

The home side edged ahead to a nine-point lead after Heat 8 with a vital 5-1 from Paul Starke and Sarjeant.
But it was a Hammer blow for the visitors when the classy Ellis dropped a chain while leading Heat 10, gifting Glasgow a maximum heat win.

Lawson and Morris held off a fierce challenge from Richie Worrall in the next race to reduce the deficit.
But the Tigers wrapped it up thanks to hero Sarjeant in the penultimate race.