Tough night for the Hammers 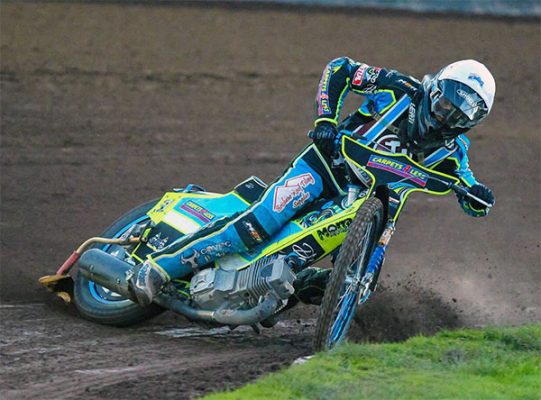 Lakeside boss Will Pottinger admitted he was just delighted his side left Edinburgh in “one piece” on a tough night in Scotland’s capital.

The Hammers were brushed aside at Armadale 57-33 as the visitors simply could not cope with the very grippy conditions.

The opening heats saw the Essex side finding it even hard to turn a bike and Edinburgh romped into a 32-10 lead with ease.

Pottinger said: “What can I say? It’s very disappointing but we just didn’t deal with the conditions at all. That’s not a criticism of our boys though.

“To be honest I’m just relieved to come away from here with all the riders fit and in one piece. It was one of those kind of meetings.”

Monarchs lost both Victor Palovaara and Joel Andersson with heavy knocks as they crashed after losing control on the first turns. But by then it was already game over for the points with the home side taking five 5-1s in the opening six races. 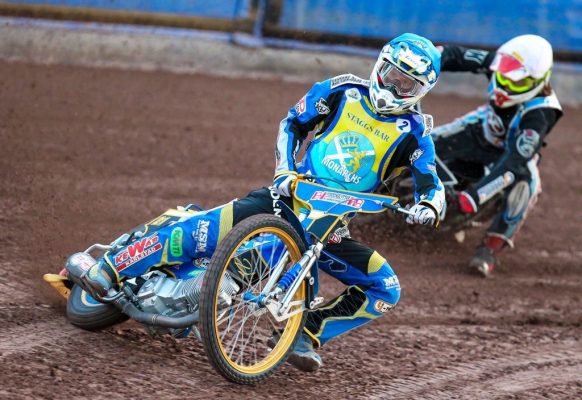 After Edinburgh furthered their big lead at the halfway stage, it became a damage limitation exercise for the visitors.

The only highlights were a 5-1 from Adam Ellis and Zach Wajtknecht in Heat 8 and two late wins for Richard Lawson and one for Nick Morris.

Ellis admitted: “That wasn’t really speedway tonight, the track was shocking really. It’s disappointing to come all this way for that. No one could turn at all, simple as that.

“But it’s important we all go home in one piece and we live to fight another day.”

Image: Nick Morris in action for the Hammers at Edinburgh. Credit: Taylor Lanning.