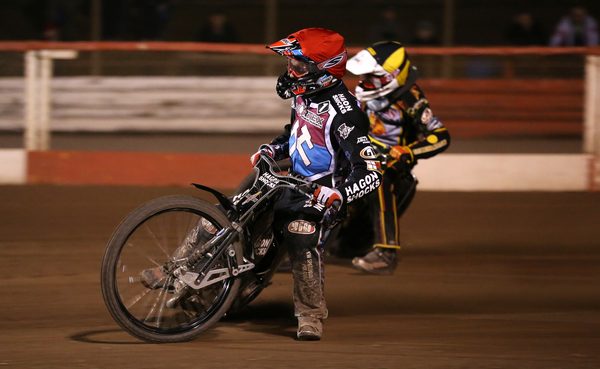 Matej Kus will guest for the Hammers tonight at Wolves. Having exhausted all Elite options, the club have decided to book Matej rather than operate Rider Replacement on basis that four of today’s side will have already ridden a full meeting this afternoon, before arriving at Monmore Green.

Andreas Jonsson’s return to the Vortex Hammers team has been delayed. Having only managed two rides yesterday in Poland he has pulled out of tonight’s visit to Wolves.

Hammers Co Promoter Jon Cook commented “I had a text from AJ at 6am and we’ll be talking shortly and an update on his condition will appear here later. Thankfully it doesn’t look like a lay off likely to rule him out of Friday.”

In meantime the club are trying to book a suitable guest and will operate R/R if that proves impossible.

Cook continued “With Kim Nilsson racing in the GP qualifiers & Richard Lawson racing for Glasgow, tonight’s team is not what we would want to be representing us in any circumstances and the busy Bank Holiday makes this more problematic with guests at a premium, but there’s little we can do about that.”