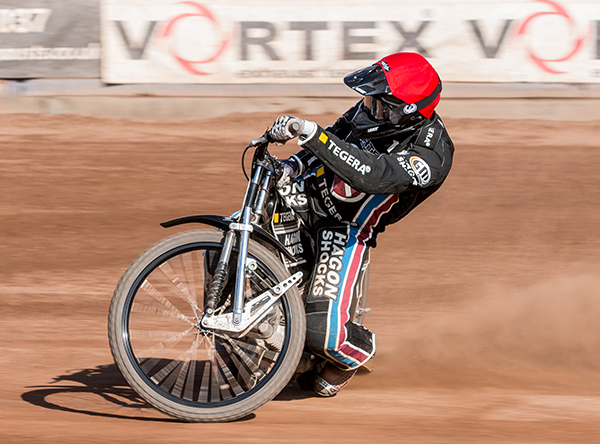 Lakeside skipper Andreas Jonsson says confidence is sky-high within the camp ahead of their trip to Belle Vue on Saturday (7.30).

The Vortex Hammers extended their lead at the top of the Elite League table with a convincing 53-37 win over second-placed Wolverhampton at the Arena-Essex Raceway on Wednesday.

Jonsson roared to a scintillating 13+1 point haul against the Monmore Green outfit to once again lead by example in the No.1 spot. The Swedish favourite revealed they are heading to the new National Speedway Stadium looking to pick up where they left off against a highly-rated Aces side.

“We go to Belle Vue in a confident mood after Wednesday’s win over Wolverhampton,” said Jonsson. “All the boys rode well and we are having a good season so far but we know we have to do a bit better away from home.

I’m looking forward to going to Belle Vue and the new stadium, everyone is saying how good it is. We will be going there looking to get a result to keep our points tally moving in the league table.”

The Hammers will be without Edward Kennett due to a meeting for Premier League side Rye House, with rider replacement covering his absence.

The hosts also use rider replacement at No.2 with in-form Aussie youngster Max Fricke riding in the World Under 21 Team Cup.

They will be led by Grand Prix star Matej Zagar and Great Britain internationals Scott Nicholls and Craig Cook.

Tweet
« One team thanks another » Hammers just fall short