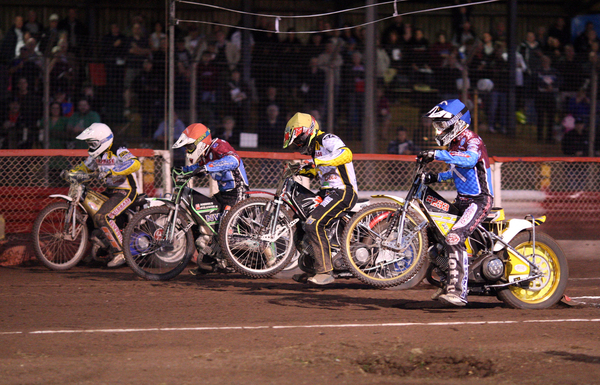 The Lakeside Hammers have been drawn against the Coventry Bees in the quarter-finals of this seasons Elite League Knockout Cup.

The competition, which the Hammers won in 2009 beating Coventry in the final, is set for an overhaul this season, with full details to be confirmed.

Ahead of the exciting quarter final, Hammers co-promoter and BSPA Vice-Chairman Jon Cook,  said: “We are far forward in changes to the competition format to make it stand out from League racing, with full details to follow on the eve of the season.

“The meetings will all take place within a small time-frame, and we are scheduling an early Final this season which has been a bugbear in the past.  The open draw has thrown up some great clashes including same race-nights and clubs that are only meeting once in League competition, and we are confident when full plans are revealed this will be a must-see night of racing for fans”

From a Hammers perspective, Cook added ” the KO Cup is special to us, as it is the first piece of silverware that Stuart and I have won since taking over the Hammers and we are determined to add to that.   It should be a fantastic meeting against Coventry.”

The provisional dates are Friday the 1st of June at Coventry with the second leg at The Raceway on Saturday 2nd of June.